SurreyLibraries_Reads
Surrey Libraries
Staff-created list
SurreyLibraries_Reads - June is Pride Month, a month to celebrate gay, lesbian, bisexual, transgender, queer, and asexual people, plus all other sexual orientations and genders. The month is celebrated in June in commemoration of the Stonewall Riots, which kicked off the first major demonstrations for gay rights in America. On June 28, 1969 police raided the Stonewall Inn in New York City’s Greenwich Village, but bar patrons — gay men and drag queens — fought back, a spontaneous incident which is now marked as the beginning of the gay rights movement in the United States. Brenda Howard, a bisexual activist, organized a march and other events to commemorate the one-year anniversary of the riots and is known as the “Mother of Pride.” Today, Pride Month features marches around the world, educational and awareness events, and parties to celebrate gay pride! Sign up for a NextReads Newsletter to get notified on the latest LGBTQ2IA+ titles : http://libraryaware.com/557/Subscribers/Subscribe
By:

The Prophets
A Novel
by Jones, Robert

Gay Bar : Why We Went Out
by Lin, Jeremy Atherton

We Have Always Been Here
A Queer Muslim Memoir
by Habib, Samra 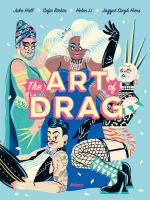 The Art of Drag
by Hall, Jake

The Thirty Names of Night
A Novel
by Joukhadar, Zeyn

My Art Is Killing Me
And Other Poems
by Dawn, Amber

A History of My Brief Body
by Belcourt, Billy-Ray

This City Is A Minefield
by Chan, Aaron

Becoming A Man
The Story of A Transition
by P. Carl

Ace
What Asexuality Reveals About Desire, Society, and the Meaning of Sex
by Chen, Angela

Something to Talk About
by Wilsner, Meryl

Memorial
A Novel
by Washington, Bryan